The goal of this project is to validate the conversion of ambient light intensity (PAR) to LED light produced by the MultispeQ inside the leaf chamber. The MultispeQs used were among the first 20 manufactured by Lectronics in Saline MI to be used for testing and validation.

For more background on PAR and how ambient PAR is calculated, see the PAR Confirmation project here - https://photosynq.org/projects/arrakis-par-confirmation?hl=Arrakis+%3A+PAR+confirmation.

In order to measure photosynthesis parameters (for example, Photosystem II efficiency PhiII and non-photochemical quenching PhiNPQ) the MultispeQ must be able to recreate the intensity of the ambient light inside the leaf chamber. This is a two step process - 1) measure ambient PAR, 2) convert ambient PAR into an LED intensity and turn on the LED. Below is a visual representation: 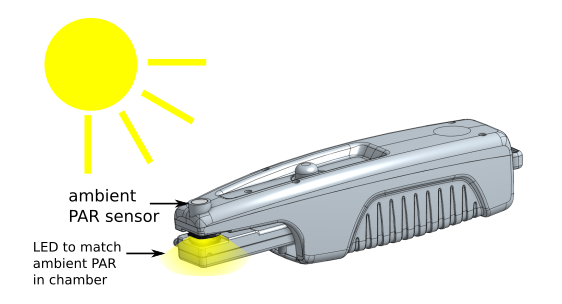 This was performed across a variety of spectral conditions (LED, fluorescent, outdoor cloudy, outdoor sunny), many different intensities (10.9uE to 1633uE), and 4 different LEDs in the leaf chamber (light 1 (green), light 2 (red), light 3 (orange), and light 4 (blue)), as well as across 10 devices. As a result of the amount of data, no single graph captures the results, but here is an example graph showing the red LED response across all light conditions and intensities, by device ID. 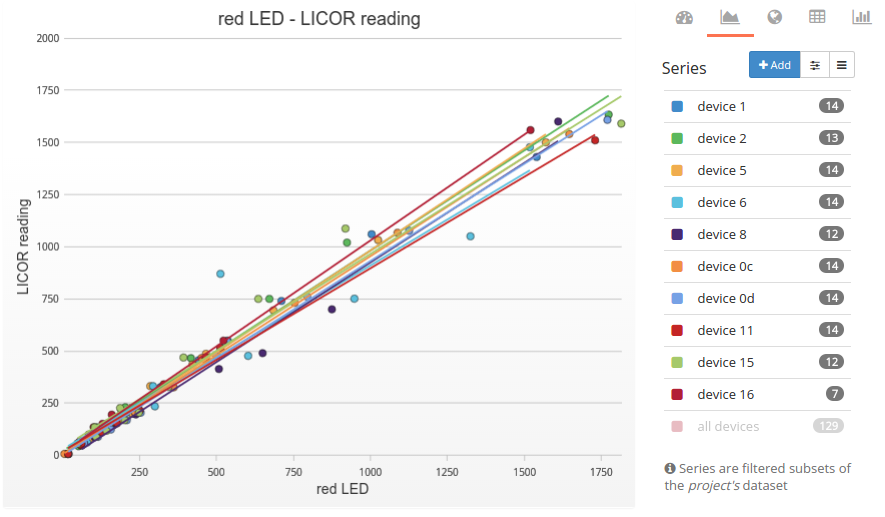 There is noticeably more variation than in the standard ambient PAR calibration, due to the compounded error described above. Here are the linear correlations to actual ambient PAR as measured by the LiCOR LI-250A for each device, and for all devices, for the red LED.

For any given device (with 2 exceptions - device 6 and 15) the r2 is very high, indicating that while the values will shift between devices, repeatability within a single device is fairly high. This holds true for all of the LEDs. 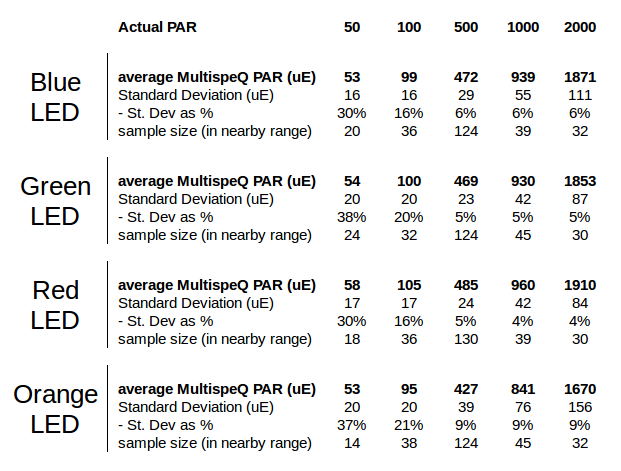 Note that a 95% confidence interval is 3 standard deviations.

Other sources of error

A wider range of spectral conditions, specifically incandescent and under canopy, should be included to validate the MultispeQ in more real-world conditions.